How to Invent a Word 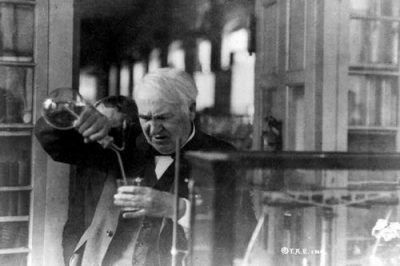 Imagine it is the year 1601, and you are employed by the Oxford Player’s Theatre Company to write plays. The public, hungry – starving really – for entertainment demands that new plays be presented on a frightening regular basis. This means you are always stressed by the demands of creating quality dramas and comedies.

Your job is made harder by the fact that you are usually writing your plays in verse – iambic pentameter, to be specific. This means the lines of your characters speak are ten syllables long, and alternate between unstressed and stressed syllables.

You may be looking over the opening speech of a recently published play – Henry IV, Part Two, by that rock star playwright and actor, William Shakespeare:

Open your ears; for which of you will stop
The vent of hearing when loud Rumour speaks?

You are stuck on a line, in which you are trying to describe your character Samantha’s pleasure at seeing her lover’s smiling face; what you really need is a two-syllable word that conveys the warm and jovial character of his face, which is derived from the fact that he always smiles:

You may even be aware that there exist words like smiler (noun), smiling (adjective), and smilingly (adverb), in addition to smile itself; but none of those meet the expressive requirements of the word you are reaching for.

Your biggest problem is that there are no dictionaries or thesauruses in existence yet; so what do you do?

You will make up a word: what are some prefixes and suffixes you know? -ful, -able, –fied…

Got it! Smileness! The word is perfect, because it will fit the meter of your line just so – it will naturally be stressed on its first syllable.

On to the next line…

While I can never know, of course, exactly what went through Shakespeare’s mind as he composed his verse, a deep study of his new words, and careful consideration of the individual lines in which he employed them, strongly suggests to me that the Bard created new words primarily because:

How did Shakespeare accomplish this goal, time and time again? Primarily by adding prefixes and suffixes to known words; this way, audiences would be able to generally comprehend what he was getting at, since they would be inherently familiar with both the root words and their additions.

Samantha loved the smileness of his face – it is perfectly understandable, right?