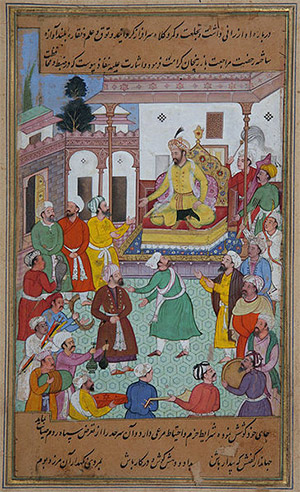 The tremendous response to Tamburlaine the Great, Part One, led the author to quickly whip out a Part Two, which gave the audience pretty much more of what it saw in Part One. An interesting feature of Part Two is Marlowe’s generous use of exotic place names, which he borrowed extensively from Abraham Ortelius’ collection of 16th century maps. We have prepared our own maps of Africa, Europe and Western Asia, containing all the geographic names in the play, which you may wish to print out and follow along as you read Part Two.

If you are reading Part Two imm 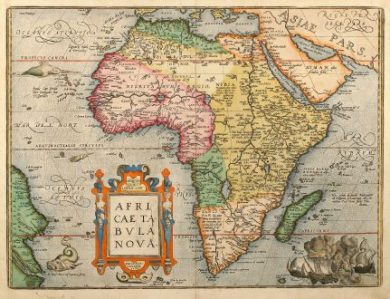 ediately after you have read Part One, you will likely experience a feeling of linguistic déjà vu; Marlowe reuses so many words, phrases, and mythological allusions that he gives the impression that he was in rather a hurry to finish his sequel, to take advantage of the buzz on the street created by his original play.

Our Story: Now the Emperor of Persia, Egypt and North Africa, Tamburlaine must again prepare to fight the resurgent Ottoman army. In the meantime, Tamburlaine’s wife is dying, and the conqueror must also deal with raising two sons who want to be warriors like their dear old dad, and one who, well, does not.

Still-Familiar Words and Phrases that Appeared in English Literature for the First Time
in Tamburlaine, Part Two (according to the OED):