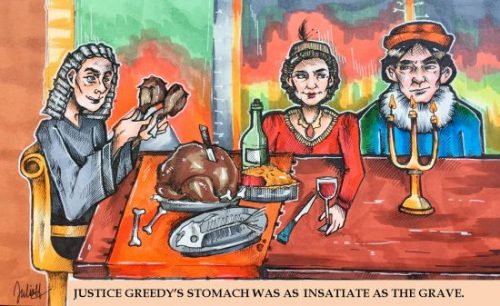 A New Way to Pay Old Debts is Philip Massinger’s most well-known play, and has been recognized as Elizabethan drama of the highest order since its original production. Sir Giles Overreach was one of the most popular villains of the era, and the play also features one of Massinger’s strangest characters, the Justice of the Peace Greedy, who thinks of nothing but food during every one of his waking hours.

Our Story: Sir Giles Overreach has defrauded his nephew Frank Wellborn of all his property, leaving him destitute; young Tom Allworth wants to marry Overreach’s daughter Margaret, but Sir Giles is hoping to marry her off to the wealthy Lord Lovell. How will Wellborn get his revenge, and how will Allworth get his girl?

Download and Read A New Way to Pay Old Debts: