Title: Gorboduc (or) The Tragedy of Ferrex and Porrex.
Authors: Thomas Norton and Thomas Sackville.
Date: 1561. 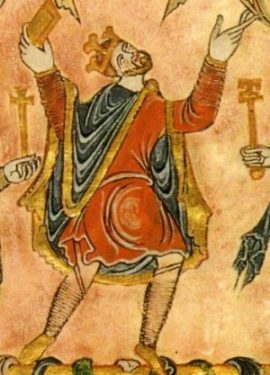 The overtly political play Gorboduc was performed for both the public and Queen Elizabeth quite early in her reign. Although Elizabeth had only two years before banned plays with political themes, the fact that her kinsman Thomas Sackville was one of the authors apparently was enough to mollify any worries she might have had on that score. This early Elizabethan drama is of great historical importance, as it is both England’s first true history play, and the first English play to utilize blank verse in iambic pentameter. 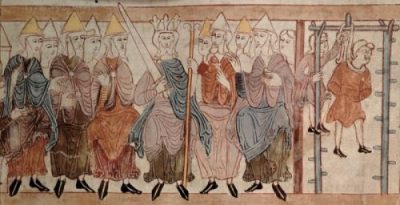 Our Story: Gorboduc, the aging King of Britain, wants to retire, and decides to divide his kingdom into two parts, each to be ruled by one of his two sons, Ferrex and Porrex. The boys are immediately both suspicious and envious of each other, and the result is tragedy for the royal family, and the whole kingdom.

Still-Familiar Words, Phrases and Collocations that Appeared in English Literature
for the First Time in Gorboduc:

the following exact expressions also appeared for the first time in Gorboduc: