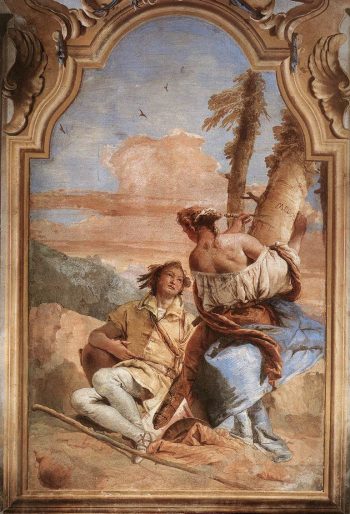 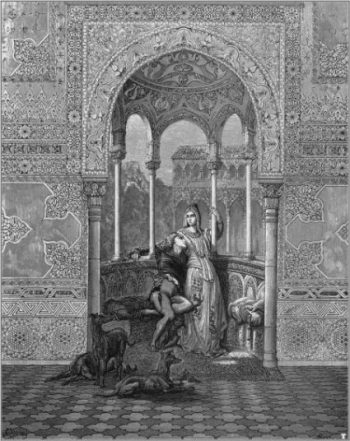 Just as Robert Greene may have written Friar and Bacon and Friar Bungay in imitation of Christopher Marlowe’s Doctor Faustus, so he may have taken such a liking to George Peele’s The Old Wives’ Tale, that he wrote his own tale of magic and madness in Orlando Furioso, including featuring a villain named Sacripant and a character who roams the woods while suffering from insanity, both of which appeared in Peele’s play.

Greene borrowed his idea for this play from the famous and influential Italian epic poem Orlando Furioso, which was written and published in the early 16th century by Lodovico Ariosto. However, Greene’s play bears so little resemblance to Ariosto’s work that it is without embarrassment that we choose to omit any description of the Italian poem. The story of Greene’s play is largely his own.

The 1594 quarto of Greene’s Orlando Furioso is probably a mutilated copy of the dramatist’s original work. Evidence for this comes in the form of a remarkable surviving document from the late 16th century, a copy of a script of the play containing only the lines of play’s hero, Orlando, and the cues for those lines. Scholars have determined that eight-page document belonged to Edward Alleyn, the great actor of the period, and in fact represents the manuscript from which he likely studied his lines. Hence we find a hint as to how actors of the Elizabethan era prepared for their roles − not by receiving a complete copy of the play, but only a script comprised of their own part.

As for the plot, Orlando Furioso is a bit of a mess, making very little logical sense, and we are never really given any reason to care about the characters. The setting of the play even changes from Africa to India half-way through for no apparent reason. However, the language is delightful throughout, and any lover of Elizabethan drama will find it well worth it to invest his or her time into reading this oddball of 16th century drama.

Our Story: Princess Angelica’s selection of Orlando Furioso for a husband causes her dismissed and dismayed royal suitors to declare war on her father Marsilius, the King of Africa. Furthermore, the count Sacripant, who also wants Angelica for a bride, implements a slightly evil scheme which leads to a severe case of insanity in Orlando.

1. For those interested to learn a great deal about Lodovico Ariosto’s original poem about Orlando Furioso, we recommend the following website: https://eclecticlight.co.